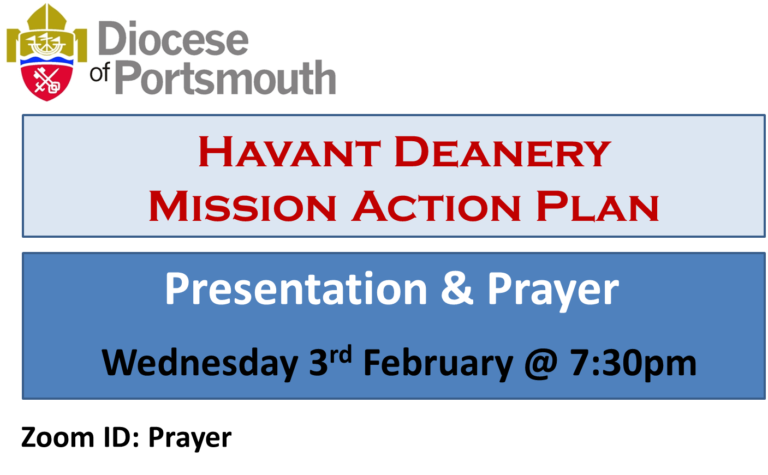 The Covid crisis has put the Church, both nationally and within Portsmouth Diocese in a difficult position.

First, the sudden loss of income due to decreased plate giving and loss of rental income in many churches has led to a massive financial shortfall.

Second, the circumstances have drastically altered the way we can operate as Church and begun to force us to ask some radical questions about what it means to be Church both for current members, and importantly, as we are a Church on Mission in the world.

The Bishop has therefore asked Deaneries to address these issues and to make proposals as to how we might go forwards into the future.

Havant Deanery of which CoGS is part is having to develop a Deanery Vision statement based on input received from members of the Deanery.

At the end of February Havant deanery will be presenting its proposals to the diocese. This is an important moment in the life of our deanery that will make suggestions about how we move forward in the coming years.

Janette will host a meeting to present and discuss the current deanery  proposals on Zoom on the 3rd February allowing our input and feedback to be submitted to the deanery by mid February.